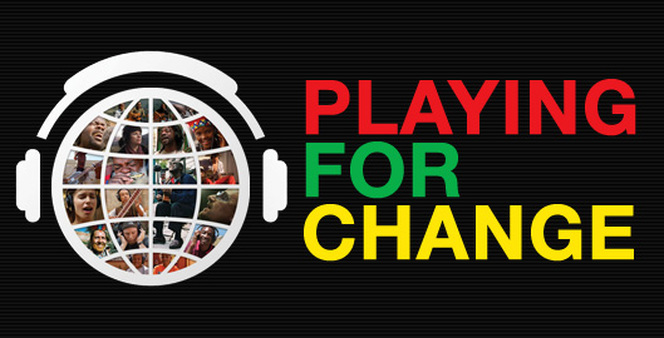 This is by “Playing For Change“. In 2002 its founders started to record street musicians – buskers – to find and define street music. They travelled the world and they recorded local musicians, performing the same song, interpreted in their own style.

From a technical perspective, how they have been able to edit their recordings to produce this is remarkable. None of the musicians ever saw one another. They have a number of similar productions, on YouTube and their website. This featured video has in excess of 8 million views.

The original Rolling Stones recording was on the “Let It Bleed” album, released in 1969. The song became infamous after the events at the Altamont Free Concert, and a lot of us regard it as the anthem that ushered out the “peace and love” 1960’s into the turbulent 1970’s. Mick Jagger and Keith Richards, its writers, call it an apocalypse song.

The video is a sample of the work of Playing For Change. This is part of their “Songs Around the World” production.

The founders created the Playing For Change Foundation, a nonprofit organisation dedicated to building music and art schools for children around the world, and creating hope and inspiration for the future of our planet.

Hit their website at Playing For Change – it is fantastic. You will be moved and delighted.

I believe that with few exceptions, there isn't much music I like from the period after Mozart died and until the Rolling Stones came along.