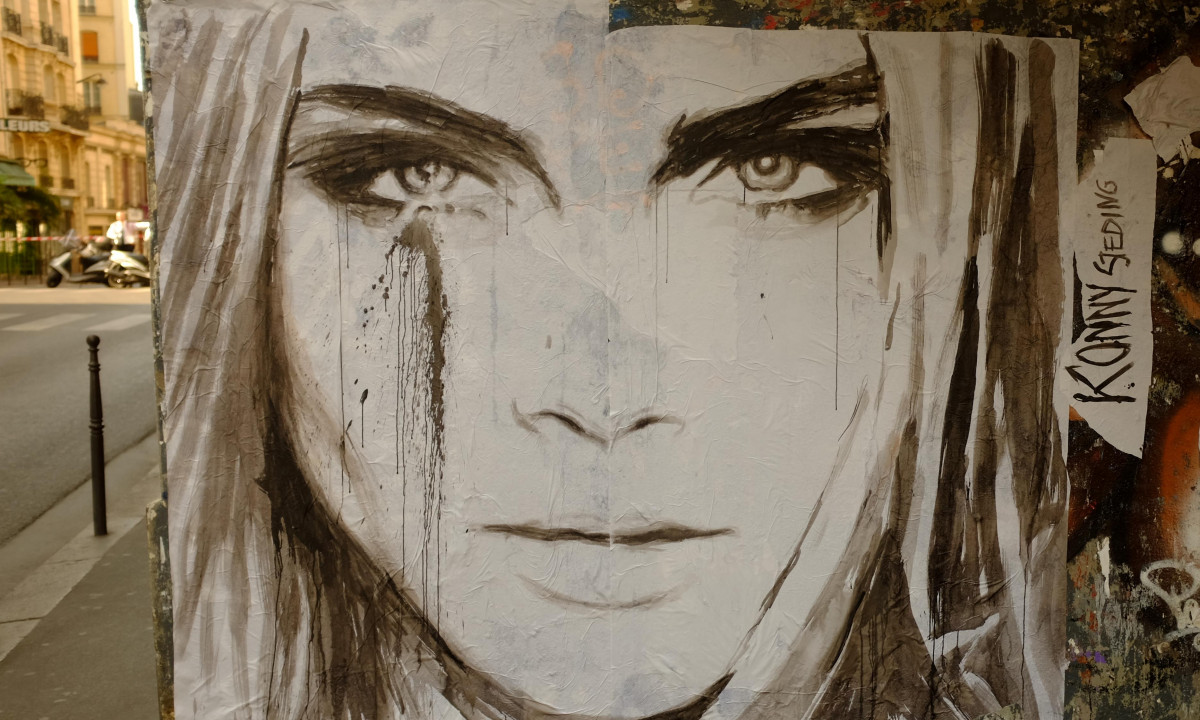 Until an epiphany in Paris earlier this year, I thought that street art was a politically correct, apologist euphemism for graffiti. And graffiti is usually not much more than vandalism. Then I was shown this quite amazing image, which I had ignored – it was just graffiti right?

No. This is not typical graffiti.

I am appalled at the defacing of public spaces by graffiti, especially tagging. The only thing that can said for it is that it is sometimes colourful in an otherwise drab environment.

I get that it a means of expression for some, and I get that it is sometimes territorial marking. I also get that it can be a means of political or religious expression. Sometimes it expresses, to me, objectionable, racist or sexist opinions. Most often it just tedious and ugly.

I know that many perpetrators see it as challenging the establishment. I also know that one of the missions of artists is to contest our thinking, and unconventional approaches can do that.

But isn’t all tagging the same? Isn’t it boring? Graffiti has become conventional, and depressingly ubiquitous.

Despite the reputation of Les Magasins, a world-renowned graffiti site, I can only it this ugly.

I have never considered graffiti as art.

But I have changed my thinking, after a remarkable incident. I was walking though Paris, near the Centre George Pompidou, with Gil Solz and Karenne. He stopped, and pointed out the picture of the female face shown above. He explained that it hadn’t been there 15 minutes before when he had first walked by.

I was struck. I had paid no attention to it, ignoring all the graffiti visual noise, but this was something singular. It had an emotional impact from the moment I actually looked at it.

He explained that the person who had put it there was quite famous, and that this had just been attached. The poster was still wet to the touch. Gil said that these popped up around Paris regularly, and usually drew much attention. People have been known to remove the poster to take home, or even sell.

The artist is Konny Steding. She has a cult following, with her followers posting her works’ locations for people to go to. Frequently these artworks don’t last very long, as they are either officially or unofficially removed quite quickly. Part of the appeal is the ephemeral nature of the art – but happily many photos are available. Not the same as seeing them in situ, but still very emotive.

Her website has a gallery of her work, and her Facebook page has much more content. An art gallery in Paris, Moretti and Moretti has a lot of examples of her work.

I find her art to be poignant, emotional, and striking. The stark black and white image, often with the stylised red tears strikes something within me. The images themselves are quite beautiful, consistently contrasted by the charmless nature of their setting.

I now see street art in a quite different light. I haven’t changed my mind about graffiti, and still find most of it as obnoxious, meaningless, or just vandalism. But I now am much sensitive to street art, as I have come to know it. Perhaps a limited appreciation, but an appreciation none the less.

A gallery of our favourite Konny images can be found here.

In the past I may have seen, but certainly never noticed art like this. I find I am now actually taking the time to consider.

If you want a tour of Paris looking at art and architecture then Gil Solz is the man. His website is gilsoltz.com/

Her work at the Moretti and Moretti gallery is at www.moretti-moretti.com/artists/konny-steding

In this article I want to examine problems and solutions, and I want to discuss solving problems for the right outcome.

"It was a date" is an eight-minute high-speed drive through Paris in the early hours of an August Sunday morning in 1976.