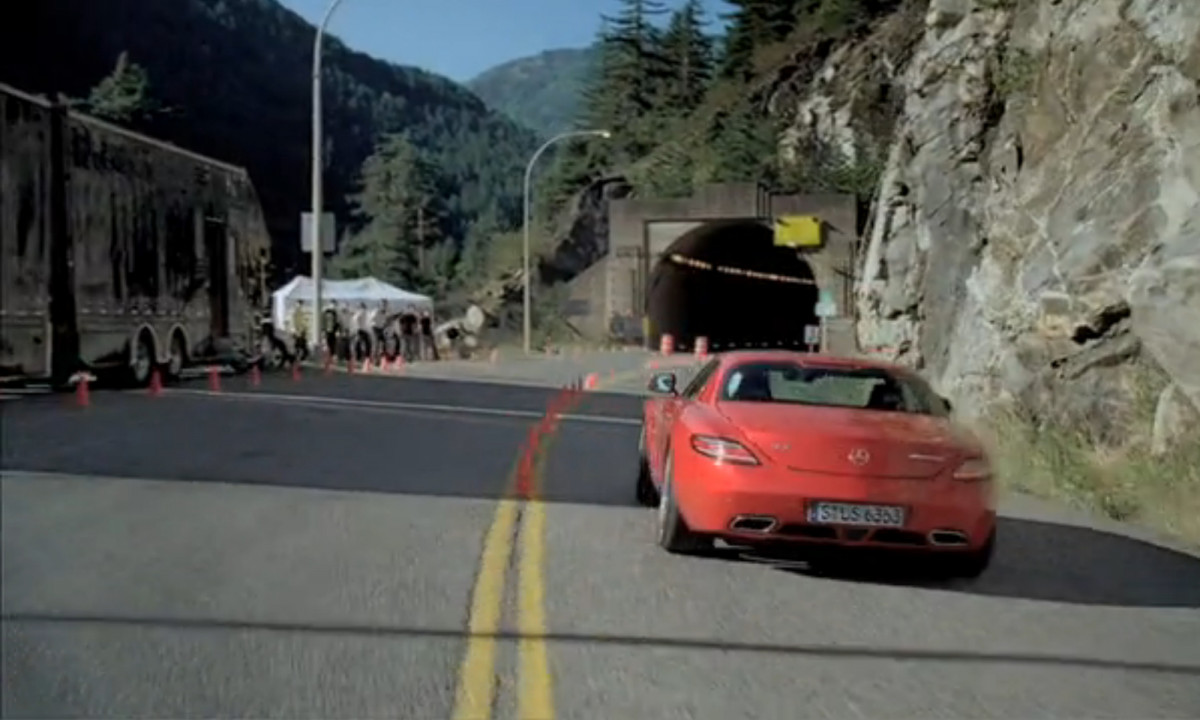 This is a car advert made by hoons, for hoons. It features the Mercedes SLS AMG , Michael Schumacher, and a tunnel. It is a remarkable piece of advertising film-making.

In another life I would been a hoon.

For those of you unfamiliar with the term, it is an Australian expression that describes young men who do anti-social things with motor cars.

I was never a hoon after the family came along, and I spent most of my driving going to  shopping centres, with children in safety capsules in the back of the car. I even got rid of my Honda CR-X when Karenne got pregnant – despite humorous assurance from Honda that you could fit a baby seat into the little two-seater.

Over the years I have owned a BMW 2002ti, an Escort RS2000, a Lancia Beta Coupe, the Honda CR-X mentioned above,  a Brock Commodore (remind me never to buy an Australian car again), and several other BMWs, some M cars and most just M-badged. I have enjoyed my cars.

I had a stint as an advertising person when my company was bought by an advertising agency – this will be the subject of a post in due course – and became an absolute advertising wanker. Jeans, white cotton shirt, hand-printed silk ties and a little grey ponytail. Wanker I may have been, but I got an appreciation of advertising as an art-form.

The intersection between an advertising wanker and a hoon must be car adverts. And there are some quite amazing car adverts, many of which are not allowed to be shown in Australia. Our nanny-state rules suggest that some of these adverts will promote anti-social activities with cars.

I guess they may have a point, because if some hoon with a hotted-up car tries what the following video shows, there will be a regrettable outcome.

People have mentioned the laws of physics, Adobe Photoshop – just why escapes me – and have dismissed it as CGI.

Who cares? I don’t. Just a great piece of film, however it was made.

This is the second film in the second series of BMW's "The Hire" short films. It is directed by Joe Carnahan and features F Murray Abraham.

why we are having the marriage equality debate

This is why we were never going to have marriage equality debated in parliament and put to a vote in the normal way.