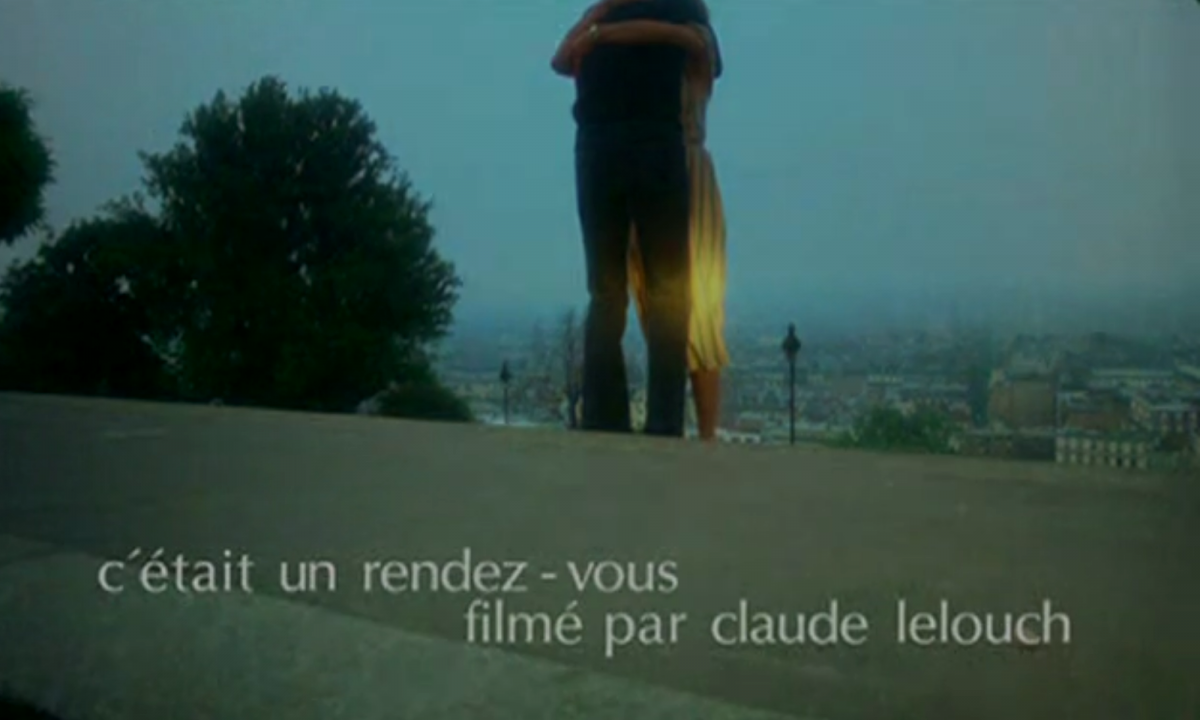 A great film and shot in a single take. English translation is “It was a date”.

The film shows an eight-minute high-speed drive through Paris in the early hours of an August Sunday morning in 1976. It had the director and purported driver, Claude Lelouch, arrested for driving offences after the first screening.

It starts in a tunnel of the Paris Périphérique at Porte Dauphine, with an on-board view from an unseen car exiting up on a slip road to Avenue Foch. Well-known landmarks such as the Arc de Triomphe, Opéra Garnier, Place de la Concorde and the Champs-Élysées are seen.

Pedestrians are passed, pigeons are scattered, red lights are ignored, one-way streets are driven the wrong way, centre lines are crossed, and at one point the car drives onto the pavement to avoid a rubbish truck.

The car is never seen as the camera is attached below the front bumper.

The last shot is when the car is parked in front of a kerb on Montmartre, with the Sacré-Cœur Basilica behind.  Here, the driver gets out and embraces a young blonde woman as bells ring in the background with the backdrop of Paris.

A cult classic. I just love it.

the real cost of free

Free wi-fi, free sites, free services, free apps. Far from free when we consider that we are paying for them with information about ourselves and our friends.

Photos from our trip to Pompeii in 2015