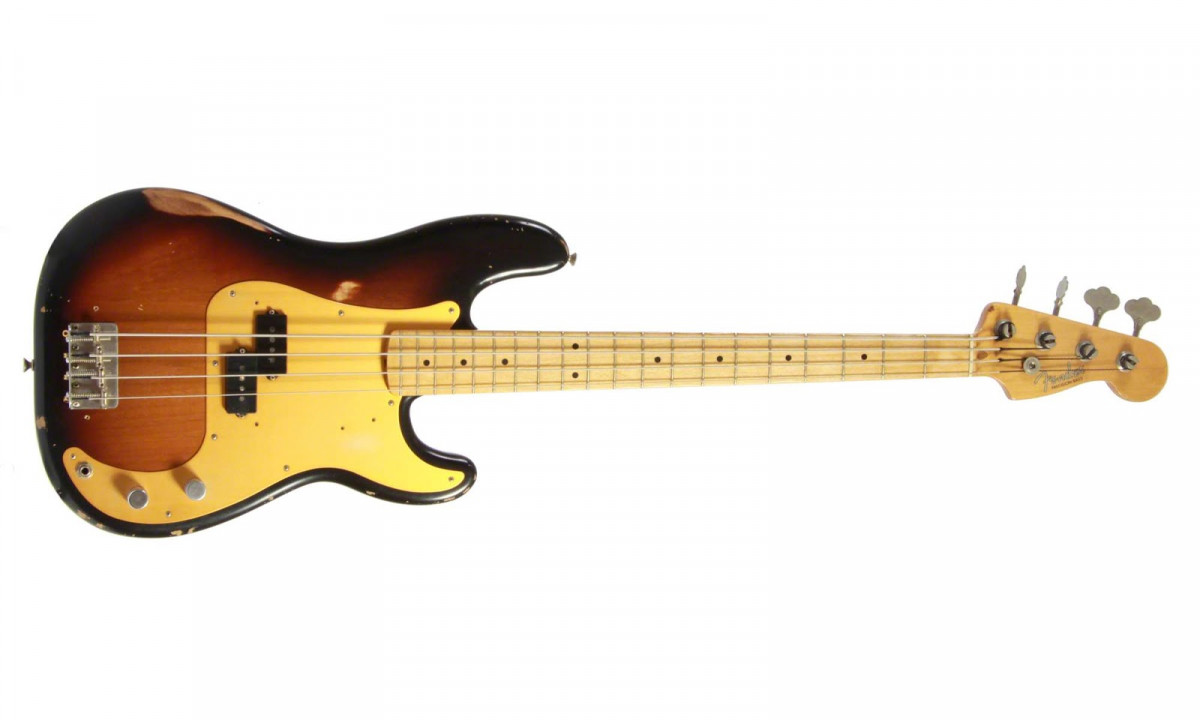 Have you ever wondered why people who play bass guitars are the way that they are?

Perhaps this story may help to explain.

The curse of the bass player

In the beginning God created the bass.

It was a Fender Precision Bass, and it was very old. Definitely pre-CBS. He also knocked up a Bassman amp to go with it.

And God looked down upon it and saw that it was good. He saw that it was very good, in fact, and couldn’t be improved on at all, though men would later try. God said “Behold! Like wow, verily. Totally cool”.

And so He created man to play the bass. And lo, the man looked upon the bass, which was a beautiful sunburst with a maple neck, and he did love it. He played upon the open E-string and the note rang through the earth and reverberated throughout the firmaments. Thus reverb came to be.

And it was good. And God heard that it was good and He smiled at his handiwork.

And lo, the man came to have upon him a great set of chops. And he did play faster and faster until the notes rippled like a breeze through the heavens.

And He spoke to the man, saying, “Don’t do that!” Now, the man heard the voice of God, but he was so excited about his new ability that he slapped upon the bass a blizzard of funky notes. And the heavens shook with the sound, and the Angels ran about in confusion. Some of the Angels did start to dance and drop E, but that is another story.

And God heard this, and lo, He became pissed. And He spoke to the man, and He said, “Listen arsehole, if I wanted Jimi Hendrix I would have created the Stratocaster. Stick to thine bass parts.”

And the man heard the voice of God, and he knew not to fuck with it. But now he had upon him a rage for playing fast and high. The man did take the frets off the bass that God had created. And the man did slide his fingers upon the fretless fingerboard and play melodies high upon the neck. And he did stuff around with the pickups, and hot-rodded the amp that God had collaborated with Leo Fender on. And the man did use effects pedals.

And, in his excitement, the man did forget the commandment of the Lord, and he played a frenzy of high melodies and blindingly fast licks. And the heavens rocked with the assault and the earth shook, rattled and rolled.

Now God’s wrath was great. He did cause bushes to burn, and waves to crash and lightning to flash. And His voice was thunder as He spoke to the man. And He said, “OK. I have had it with you, pal. You have not heeded my word. Behold, I shall create a soprano saxophone and it shall play higher than you can even think of. And from out of the chaos I shall bring forth the drums. And they shall play so many notes thine head shall ache. And I shall create a drummer, and he shall be a psychopath with poor personal hygiene, and I shall make you to always stand next to him.”

“You think you’re loud? I shall create a stack of Marshall amps to make thine ears bleed. And I shall send down upon the earth a deathly horde of other instruments, and lo, they shall all be able to play higher and faster than the bass. And for all the days of man, your curse shall be this: that all the other musicians shall look to you, the bass player, for the “low notes”.

“And when you play too high or fast all the other musicians shall say “Wow”, but really they shall hate it. And they shall tell you you’re ready for your solo career, outside this band.”

“And for all your days if you want to play your fancy licks you shall have to sneak them in like a thief in the night. And if you finally do get to play a solo, everyone shall leave the bandstand and go to the bar for a drink. And they shall drink up the entire bar allowance. And, at the end of the night, the only women left will be those that even the guitar player thinks verily are too young or too old.”

And it was so.

the art of presenting

Presenting well is an art that is characterised by preparation, and lots of it. Here's what can happen if you scrimp on that preparation.

For every complicated problem there is a solution that is simple, direct, understandable, and wrong. H.L. Mencken

how to prove you are a fool

‘Tis better to remain silent and be thought a fool, than open one’s mouth and remove all doubt. Samuel Johnson